Thank you so much for sharing this morning. What a blessing for our congregation! Talking about a very tough topic and making a huge impact on little lives. 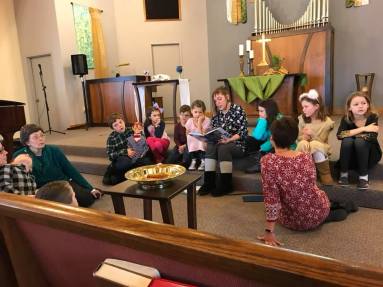 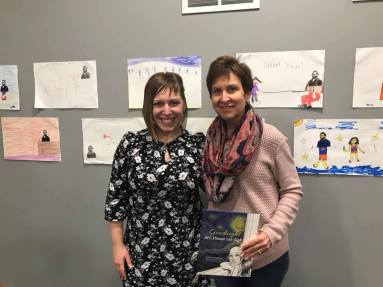 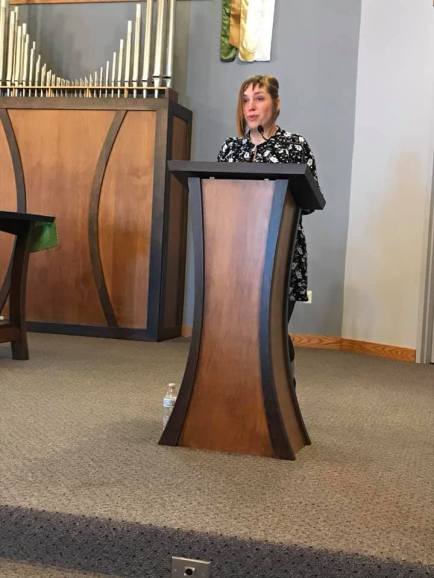 If weather permits, I’ll be traveling tomorrow to Wisconsin to read my book to kids and gently talk about finding hope after my husband’s suicide. The school recently had 4 young suicides and I felt very humbled when they reached out to me. I just want to do right by the kids because I think of my own students in my classroom. SASS-MoKan – Suicide Awareness Survivor Support did me right and now its my turn to do right for others.
#itsnotyourfault
#postventionisprevention
#abovetherug

Today the officer from the Kansas City Missouri Police Department who attempted on his life Friday night has died. I am incredibly worried how the officer’s widow will be treated by the department. I know the devastation of being blamed and shunned for your spouse’s suicide and I don’t want that for her.

My heart goes out to the family of the officer from the Kansas City Missouri Police Department who attempted on his life Friday night and is awaiting organ donor recipients before being taken off of life support. I hope at the funeral that no officer will skip over the family and glare at them, I hope at the funeral that the chief will wear his uniform and not a suit, I hope the family are not used as catalysts and blamed for the officer’s suicide in the official report and autopsy report, I hope that officer’s will reach out to the family and let them know it is not their fault and perhaps stop in from time to time to check in to see if they are ok, I hope at least one officer will stop by the year after he has died to show that they care, I hope if the family reaches out to the chief that they will not be ignored, and I hope that this officer’s death will not be treated any differently than any other officer’s death moving forward. If you know any KCMO police officers please pass that message onto them for me and tell them I’m thinking of them too. My husband was Sgt. Brett Doolittle with the Kansas City Kansas Police Department – KCKPD and ended his life in 2015. There is not one day that doesn’t go by that I don’t think about him and wish things would have been handled differently by his department. From one suicide loss survivor to another.. SASS-MoKan – Suicide Awareness Survivor Support and Through This Together will be there to support
#itsnotyourfault
#postventionisprevention
#abovetherug

My husband killed himself at our home and I found him.
(TRIGGER WARNING) This video contains information about suicide which may be triggering to survivors.
I created the traveling art exhibit to support suicide loss survivors and help promote forward thinking on mental health awareness. If you are a suicide loss survivor and would like to be part of the art exhibit (look under the letter submission tab) or if you’re with a prevention organization who would like to donate resources to the exhibit please contact me through my website.
#itsnotyourfault
#postventionisprevention
#abovetherug

Four years ago today my late husband attempted on his life. Had I not turned off the cars in the garage I would be recognizing January 6th as his death date and not April 22nd. The residual of his attempt and his death replay in my head like a broken record every day.
Fours years ago I had accidentally found out that Brett was having inappropriate relationships with Kansas City Kansas Police Department – KCKPD dispatchers. He was very intoxicated and I had never seen him that upset in all 17 years we had been together. He was crying hard and his tears had soaked through the collar of his yellow t-shirt. He kept telling me he was sorry and that he loved me before he went out to the garage.
Four years ago I didn’t tell my family that he had attempted because I thought they wouldn’t want me to ever see him again. Four years ago I never called the police, because Brett was the police. I didn’t think they would believe me, if they did believe me, I thought he would lose his job, I thought Brett would be mad at me, and frankly the last year of Brett’s life I was scared of him. Instead I called his best-friend and told him what had happened. It wasn’t until after the funeral that I found out that Brett had lied to his friend and said I had exaggerated that story.
I don’t blame his friend or myself. We did the best we could with the knowledge we knew. Sometimes I don’t like the phrase “suicide prevention” because I had no control over Brett’s depression and I had no control in preventing his death from happening. Had I called the police that night, he most likely would have lied to them too. Is a police department going to believe a 16 year veteran sergeant or a wife they never met? Seeing how I’ve been treated by the department since Brett’s suicide, seeing how they hold so many stigmas.. I’m thinking they would have believed him over me.
I kept myself busy today writing lesson plans, donating clothes, ate lunch with a friend, cleaned the litter boxes, but once everything get’s done and I have time to think is when my mind begins to play that broken record again. Sorry this post is so long tonight. I just really hate January 6th.
#postventionisprevention
#itsnotyourfault
#abovetherug 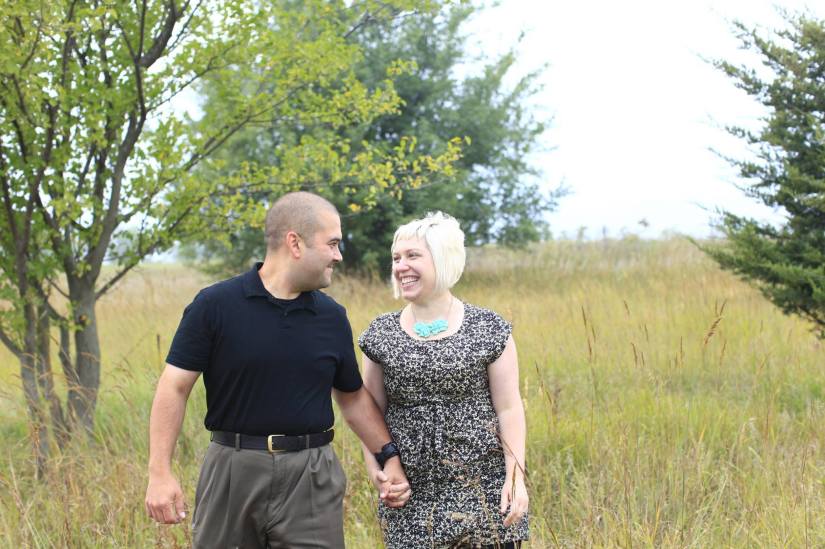 I am so upset, I can barely see through my tears to write this post. My late husband’s chief from the Kansas City Kansas Police Department – KCKPDdid a news segment about mental health today and never once mentioned that his sergeant of 16 years, my husband of 7 years, killed himself in 2015. He mentions how “his department is not doing a good job of taking care of the mental health of his officers after 2 of his officers were killed in the line of duty” in 2016. How can chief Zeigler even mention Brad Lancaster or Robert Melton in the same breath when speaking about mental health without mentioning my husband Brett Doolittle?? Chief Zeigler shouldn’t even be allowed to talk about mental health when he views suicide as a black mark against the department. He shouldn’t be allowed to talk about mental health if he blames my marriage, USES my marriage as a catalyst in an official report and autopsy report for Brett’s suicide. Brett blamed the police department in his suicide letter but they never wrote that in their official report and I still don’t even blame the department for his death! And how dare he gets to talk about mental health when he can’t even break down his own stigmas and acknowledge that my husband even existed. I am not ashamed to talk about my late husband…why is he? I have reached out to the chief twice and he has ignored me twice. Would this happen to a widow who’s spouse died in the line of duty? I want the department to move forward in mental health..that’s what I’ve always wanted…but are they really moving forward…because deep down it doesn’t feel like it. After watching what I just watched, it still feels like there is such a festering mess that has been left behind. What happened to Brett could still easily happen in the department and how I was treated after he died, could very much become someone else’s reality. I was told I was part of the “law enforcement” family at the funeral…it’s funny that this so called “family” started only after the death of mine.

Thank you KMBC 9 news for sharing my story. I hope more will follow in Roeland Park Police Department‘s footsteps and stay above the rug on #suicideprevention.
#postventionisprevention
#abovetherug
#goodnightmrvincentvangogh

Thank you Robin Balke, Memory Lane – It’s Not Always Easy Street and DeFeet.Org for staying above the rug and inviting me to speak for #NationalSuicideLossSurvivorDay. I started speaking one year ago this month about my late husband’s suicide and each place I speak gives me purpose and is an honor to help others.
#postventionisprevention
#abovetherug
#goodnightmrvincentvangogh 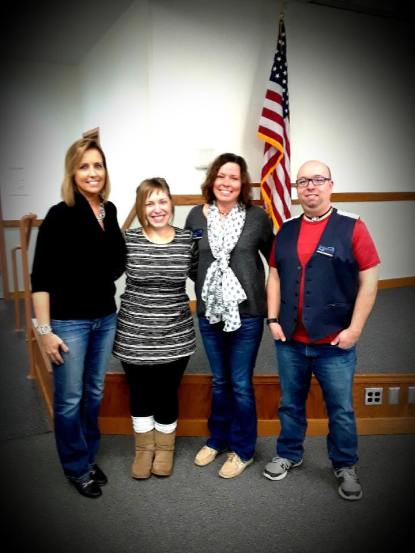 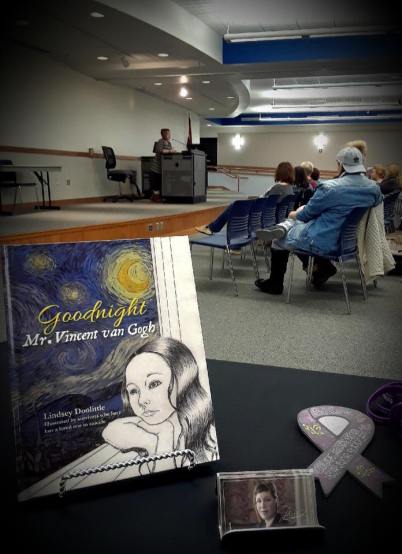 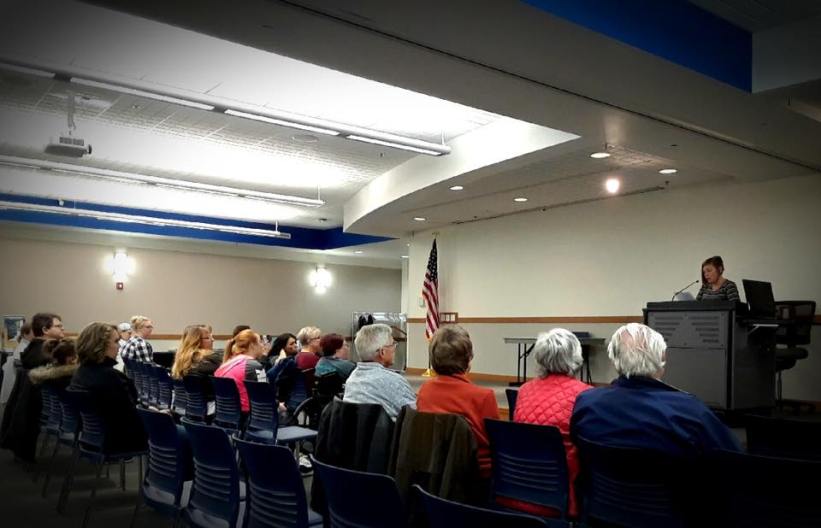 This was our last Halloween together before my husband ended his life. What you don’t see is that I was crying early that morning because my husband had been yelling at me…it was my new normal for a little over a year. He never yelled at me before and that last year and half he would yell at me for the strangest things. When Brett and I got married we would throw a huge Halloween party every year for family and friends. The last one was different. Brett didn’t want to take off work and I found out three months later he had been having inappropriate relationships with Kansas City Kansas Police Department – KCKPD dispatchers when this photo was taken. Some other things you don’t see in this photo is that I was scared of him, he made me feel unimportant and worthless as a person, he would put me down and ignored me most days, and that he was growing increasingly ill with depression and rage..but I had no idea he was suicidal or depressed…even when I stopped him from trying to kill himself one night..I didn’t think that attempt was real..even when he threatened to kill me, fellow officers, or others..I still didn’t think it was real. I say all of this and I want people to know that I still would never want Brett to have killed himself. If I could do it all over again, I would try and get Brett help and if he didn’t want that help, I would have found strength to have left the man I loved since I was 15 years old. I was in a very dangerous situation and I’m very grateful that Brett didn’t take my life, or other people’s lives, before he ended his own. 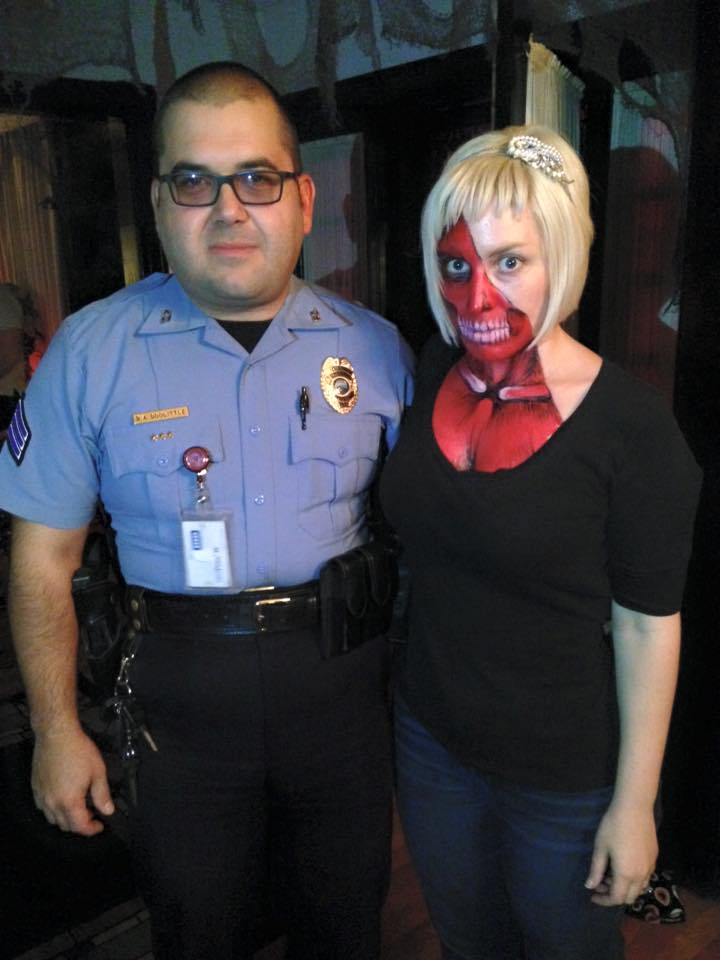